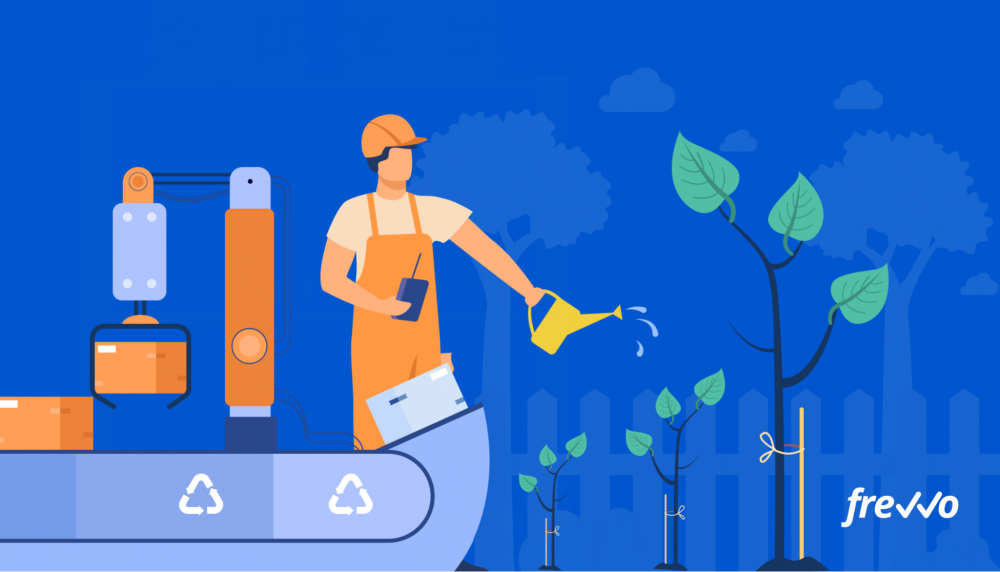 Toyota made headlines when it became the largest carmaker in the world, a title that General Motors held for nearly 80 years.

So how did Toyota do it?

There are many reasons behind Toyota’s success — offering affordable cars with unmatched reliability and excellent customer service certainly helped.

But Toyota got to that point because it built a culture of continuous improvement, which helped the carmaker reduce waste and improve the quality of its vehicles.

These principles are based on operational excellence, and applying them to your own company can deliver a huge competitive advantage.

This article will take an in-depth look at operational excellence and how you can achieve it in your business. We’ll also cover its core principles as well as methodologies to implement.

Click the links below to jump straight to the section you want to learn more about:

What Is Operational Excellence?

Operational excellence is a framework that has continuous improvement at its core. It allows companies to execute strategies better, lower operating costs, and increase productivity.

One of the main operational excellence goals is optimizing value streams, a set of actions that deliver value to end customers.

In a factory, the production line is an obvious example of a value stream. Increase its efficiency, and you can create more products.

An early example of operational excellence came from the early 1900s when Henry Ford introduced the first assembly line. Instead of each employee assembling a car on their own, Ford broke down the Model T’s assembly into 84 steps and trained employees to do just one.

This single innovation cut down the manufacturing time of a Model T from 12 hours to one hour and 33 minutes.

Before we dive into how you can achieve operational excellence, let’s look at how it differs from continuous improvement.

Operational excellence and continuous improvement may seem similar, but there are subtle differences between the two.

Continuous improvement is the ongoing improvement of business processes. It involves making incremental changes to a process to increase its efficiency and reduce waste.

The key here is on small changes rather than breakthrough innovations.

A good example is the andon cord on assembly lines in Toyota factories. Workers could pull the cord to stop production if they had an idea for improvement, like placing certain parts within reach.

These changes weren’t significant on their own, but together they resulted in significant improvements over time, allowing Toyota to iterate its processes constantly.

Continuous improvement is just one part of the equation. To have any kind of impact, you need everyone involved.

This is where operational excellence comes in.

Operational excellence is the methodologies that companies adopt to facilitate continuous improvement. It involves cultivating a culture where employees contribute to the value stream.

Even when GM put andon cords into its factories, there was no change in culture. Managers yelled at workers who pulled the cords, and some plants even cut them down.

This comes in stark contrast to the Toyota factories, where workers were encouraged to pull the andon cords and received bonuses when a suggestion saved money.

Achieving operational excellence requires support across all levels of an organization.

The following principles are based on the Shingo Model created by Dr. Shigeo Shino. He was an industrial engineer whose work pioneered the practices that companies like Toyota follow to improve their processes.

Let’s take a closer look at each one.

Achieving operational excellence starts with demonstrating respect to every individual. This includes your employees as well as partners and customers.

In one survey that asked 20,000 employees what mattered most to them, respondents ranked respect as the most important leadership behavior. Employees who feel respected are more engaged at work and show greater job satisfaction.

One of the best ways to demonstrate respect is to involve your employees and empower them to make decisions on process improvements.

Every employee has something to contribute. Leaders must be willing to seek input from their team and be open to new ideas instead of dismissing them outright.

The most important drivers of psychological safety — where employees can speak up without fear of punishment — are strong leader relations and positive team climates.

Yet, just 43% of employees report a positive climate at their workplace. This can cause employees to hold back their opinions.

There’s no such thing as “perfection.” But that doesn’t mean you can’t strive for it anyway, which is what this principle really means.

By setting the bar high, you encourage employees to adopt a continuous improvement mindset and constantly seek ways to do things better.

Scientific thinking within the context of a business involves experimenting with new ideas and learning from failure.

New changes won’t always generate the results you expect. What’s important is learning from those experiences.

When things go wrong, it’s tempting to blame those involved.

6. Assure Quality at the Source

Defective products only hurt your bottom line. Errors must be detected and corrected at the source to ensure quality output.

Many workers at GM plants were opposed to stopping the assembly line because their bonuses were based on output. However, this led to more defective cars that had to be repaired later.

This operational excellence principle involves evaluating value streams and taking steps to eliminate waste. An example is producing only as much as required to meet customer demands.

Systemic thinking involves understanding the relationship between processes and removing any barriers that may interrupt the “flow.”

Departments should avoid operating in silos to avoid excluding others. 83% of millennials are more engaged in organizations that foster an inclusive culture.

Successful companies have clearly defined goals. They also make sure to communicate core values, mission statements, and work culture to every employee.

10. Create Value for the Customer

Organizations must create value and prioritize their customers to stay in business. 59% of customers will stop doing business with a brand after a few bad experiences.

Adopting these principles is key to achieving operational excellence, as you can apply them to inform decisions and empower employees to take calculated risks.

There are three methodologies that organizations can adopt to achieve operational excellence: lean manufacturing, Six Sigma, and kaizen.

Lean manufacturing is all about cutting waste and eliminating anything that doesn’t add value. It aims to refine existing processes without sacrificing quality.

The Toyota Production System, a model that aims to streamline manufacturing, lays out six types of waste:

Lean manufacturing aims to reduce waste as much as possible, which frees up employees and company resources.

Six Sigma is a methodology that provides organizations with tools to improve their business processes. This improved efficiency means increased productivity and lower operating costs.

DMAIC is the process methodology for Six Sigma:

After adopting Six Sigma methodologies, a cookie production plant reduced its scrap rate by 6% and increased operational efficiency by 5.6%.

Kaizen is a Japanese word that roughly translates to “change for the better.”

It’s a continuous improvement methodology that involves employees at all levels working together to make small and incremental changes to a process.

One example comes from the Toyota Production System, which embraces the concept of “jidoka” or “automation with a human touch.”

Jidoka dictates that workers must stop machinery when an abnormality occurs. Engineers then get to work to identify the issue and simplify its operations through incremental changes.

How to Achieve Operational Excellence

Achieving operational excellence doesn’t happen overnight. It requires ongoing effort and involvement from everyone in the organization.

Follow these steps to develop and implement an operational excellence plan.

Achieving operational excellence requires support from people at all levels, from senior management to frontline employees. However, getting support for institutional changes isn’t always easy.

53.1% of respondents say that changing company culture is one of the top challenges facing operational excellence programs.

Layout your ideas as clearly as possible and use examples to demonstrate how each group will benefit. Invite feedback to let others know you value their ideas and to get them invested in your plan.

The next step is to define your goals. What do you want to achieve with your operational excellence initiative?

Use the SMART (Specific, Measurable, Achievable, Realistic, and Timely) methodology to set goals and establish a sense of direction for the team.

If you want to increase operational efficiency, you might opt for Six Sigma as it offers a structured approach to process improvement. If your goal is to reduce waste on the assembly line, then you might go with lean manufacturing.

4. Document the Current State of a Process

Choose a process and map its “as-is” state — how a process currently performs before making any changes. Gather information about an existing process and conduct an analysis to identify areas of improvement.

Your organization likely has hundreds of business processes. Start with just one that will produce noticeable results in a short time frame to garner organizational support.

Once you’ve had time to evaluate a process, the next step is to implement improvements. A good place to start is to look at tasks that employees perform manually.

Let’s use purchase orders as an example. An inefficient purchase order process can delay procurement and lead to product shortages.

To make this process more efficient, you can digitize your forms and automate tasks like document routing.

Here’s an example of an automated workflow for purchase orders in frevvo:

Using automation tools helps you streamline common processes and get on the path toward operational excellence.

6. Assess the Impact and Continue Refining

It’s important to track key metrics over time. Comparing results against initial baselines will help you decide whether to keep or discard process improvements.

The core of any operational excellence program is continuous improvement. Always look for ways to improve the performance of existing processes.

While the andon cords proved extremely effective, Toyota eventually replaced them with buttons to create a more open environment.

Operational excellence takes a systematic approach to continuous improvement and fosters a work environment that supports those efforts.

Achieving operational excellence is no easy feat, but adopting these initiatives will help you refine your operations and deliver more value to customers.

A good place to start is to optimize repetitive processes. With frevvo’s workflow automation, you can use visual tools to create automated workflows across your organization.